I recently reached out to Sprezzabox and they were kind enough to set me up with a subscription to check out their box!

I received the monthly box for February, titled Windham, in the mail about a week later. These boxes are designed to provide a trendy/fashionable handful of men’s accessories. Staples include ties, socks, and pocket squares, while more unique/uncommon items are sunglasses, watches, wallets and more! Let’s dive into this box and check out what it has to offer:

The box itself was surprisingly smaller than I anticipated, even after checking out images and videos online. No worries though, it was chock-full of stuff! The box was a bit nicer than just basic cardboard, with a cool design and the title printed on it. When you open it up the first thing you see is some tissue paper, a card describing the items in the box and a promotional card/coupon for some other sort of men’s accessory not included in the box. Your mileage may vary, but mine was a 25% code for a Vincero watch. 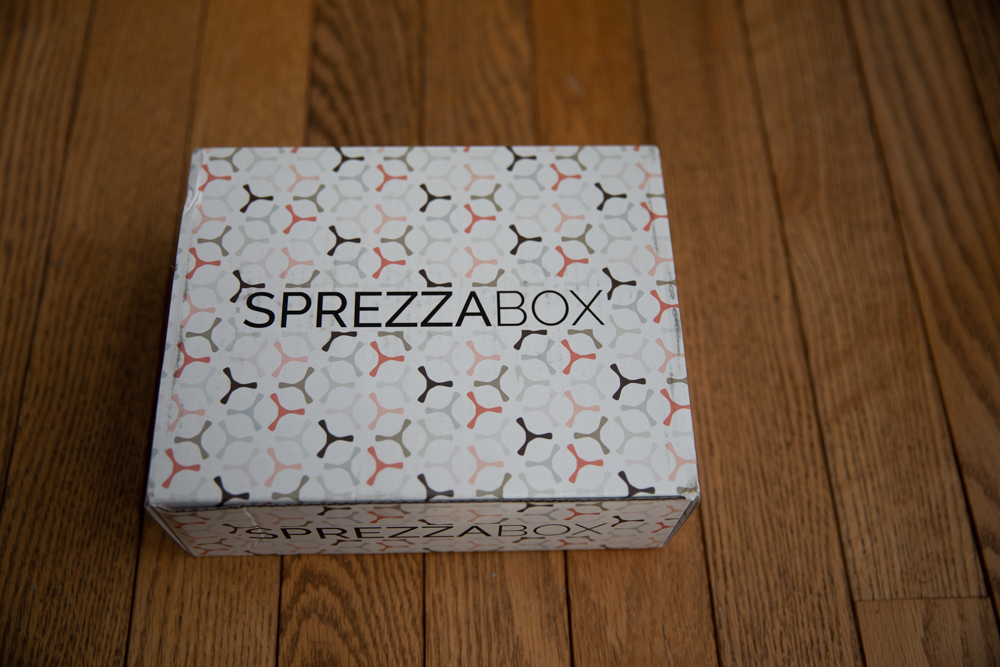 The box came with a pair of Bedford & Broome tie, a Howard Matthews pocket square, a Bryer slim wallet, and some English Laundry cologne. 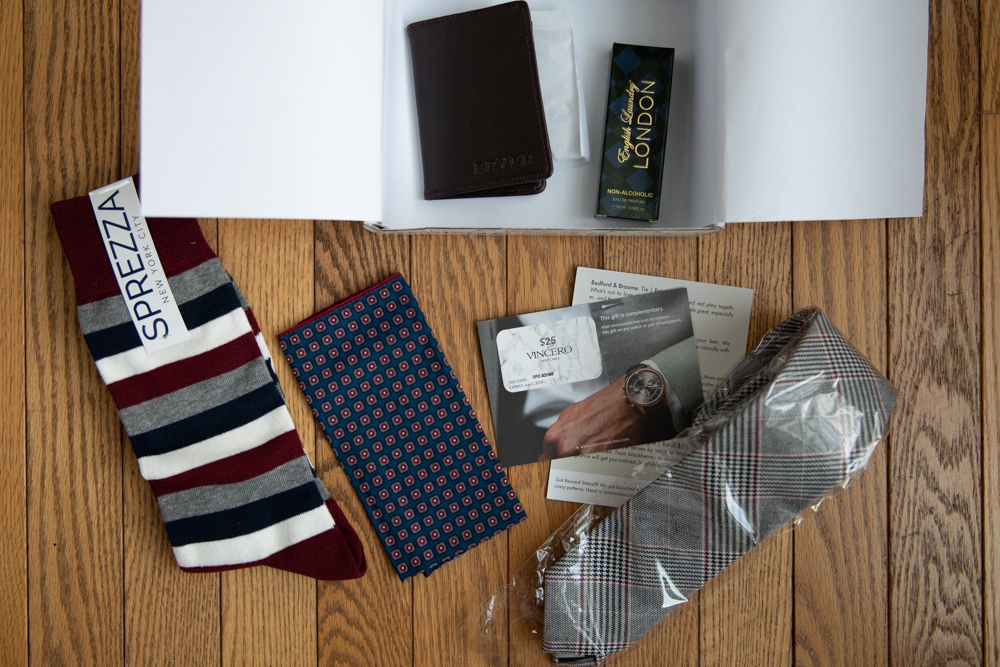 Overall, the items in this box were great! I can never have enough ties, pocket squares or socks and the ones they curated are unique, but still easy to style with other clothes. I’m not really a cologne person, but I’ll still give this stuff a shot! The wallet was the only disappointing part and it’s more about me being extremely picky about my wallets than an actual issue with the item. It did come stuck to the box a bit, but the paper came off.

Don’t forget to stop back for March’s box! 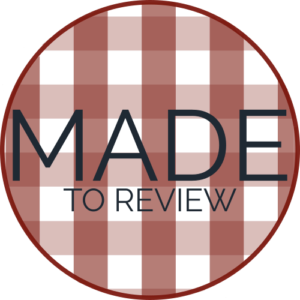